Our app for the Apple Watch has looked pretty much the same since it was introduced to the world in 2018. We started the development of Apple Watch app almost 2 years before that, in summer 2016. That means the app has gone through watchOS versions 3-7 in development. There have been quite a lot of changes between major OS versions, which have not probably been so visible for a user.

Watch app has been always pretty difficult to improve on, mainly due to Apple’s past restrictions on the watch apps, particularly on their UI. Feels like implementing a feature for the watch used to take at least 1.5 – 2x time spent compared to iOS counterpart.

But something remarkable happened in 2019 when Apple introduced SwiftUI for the UI development, suddenly more things were possible for the watch. It seemed inevitable that we would need to make again a big change, the next generation of our watch app, which would also pave the way to future features. It took us this much time to do it, with SwiftUI, but now it is finally here! Let us walk you through the Control Watch app version 2.5.

First thing you might notice is that the app is not that different: The basic screen hierarchy is pretty much the same as before. There is the simple starting screen with just buttons “Start” and “Last runs”. There is same kind of running display, same controls, run list and run details.

We have the marking with controls with the Digital Crown which we introduced already in 1.5.3

There are couple things that stand out a bit different now though. One is the new details screen. Basically the same information than before but little bit freshed up. We have added more colours and styles. Also something totally new: Chart views for pace, heart rate and elevation from the track.

You can also remove courses from the list, something that was embarrassingly missing from the previous versions.

Uploads to phone have been also significantly improved, they are faster and data is better in-sync with the watch running display. Also problems when sometimes timer wouldn’t start at the beginning of the track were fixed. One small – but requested – feature from the users was that there would be some kind of protection against accidental taps for Stop button. Now we have a confirmation screen before stopping which automatically goes away in 5 seconds if user doesn’t touch it.

Only downside for the new app is that it requires watchOS 7. As all watches since and including Series 3 can be upgraded to that version, we don’t see this as a very significant downside.

We strive to be the best orienteering sports watch experience out there. We haven’t stop innovating, there are still couple ideas which were left out from this version. They will see the light of day in some next versions. It is nice that – with SwiftUI – we are able to make those ideas come to life. 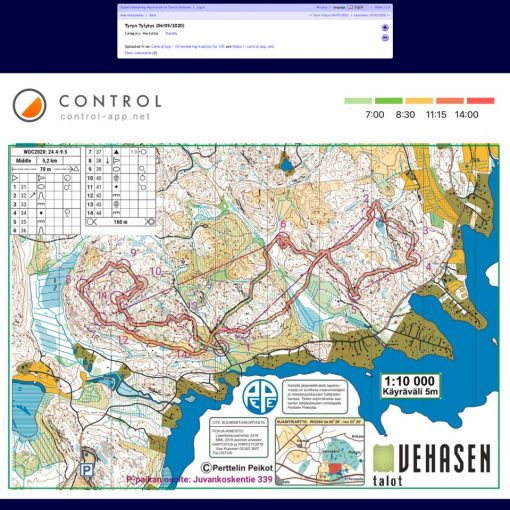 There are several important updates that we’ve made to Control in recent versions 2.2.1 and 2.2.2. The version numbers might be small but changes are actually quite significant for iPad users. We have now multiple window support, better trackpad/mouse support and more keyboard shortcuts! 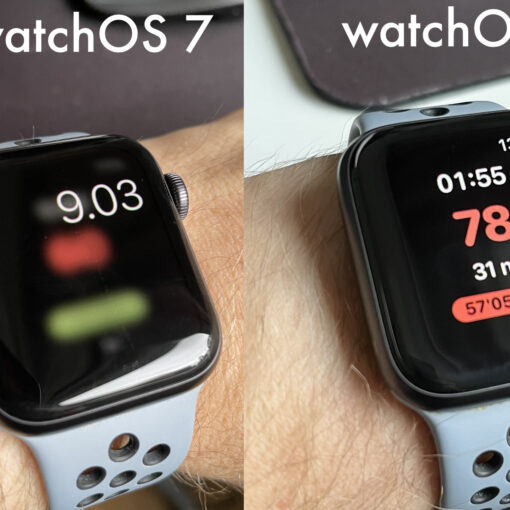 A lot of things was packed to our latest update 2.9 for iOS & watchOS. Let’s go them through.

Control App allows users to track their orienteering track and publish the GPS route to Livelox for comparing with fellow runners.